I became a city planner via an unconventional educational and professional journey. Originally from the Los Angeles area, my family moved to Longmont, Colorado when I was still a young child. We lived a few blocks east of Main Street and I thought everyone could walk to the library, shopping, parks and city hall. Early on I developed an interest in geography having spent countless hours hiking in Rocky Mountain National Park and witnessing the rapid urbanization of the Colorado Front Range.

We again relocated to Austin, Texas when I was a teenager. Again, I watched rapid growth take place. Just like Colorado, small towns that were once separate places were absorbed in an ever-expanding suburban sprawl. My dad worked in high tech, so I was fortunate to have access to multiple computers. Sim City became one of my favorite computer games to play. Looking back, technology was always an integral part of my formative years. I am the last generation to know a time before the Internet, and it was an interesting time to watch online networking change everything.

My college education began by earning a Bachelor of Business Administration in Marketing from Texas State University. After working for several years in retail management and financing, I grew dissatisfied with my career prospects. I returned to my alma mater and earned a Master’s of Applied Geography and a Master’s in Secondary Education. Initially, I was interested in GIS, planning, and education. My academic interests include project management, urban food security, managing urbanization, transportation, and land use, expanding access to government with social media, recreational equity, smarter parks, and harnessing technology for anywhere/anytime collaboration and learning.

I was fortunate enough to land internships with Texas Parks and Wildlife Department in Nature and Heritage Tourism and the City of Lockhart in Planning. I also taught high school History, Geography, and English Language Arts. This interdisciplinary background affords me a unique perspective on creatively solving planning issues and working with diverse populations. Though it’s impossible to know for certain what my future holds, as long as I’m making a difference every day, I’m in the right place. 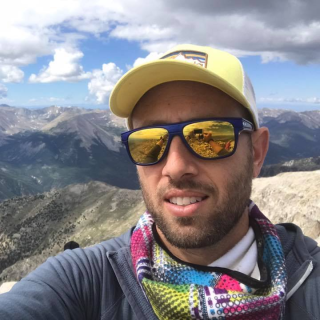 smartparks
Girl with a Map

The latest news on WordPress.com and the WordPress community.